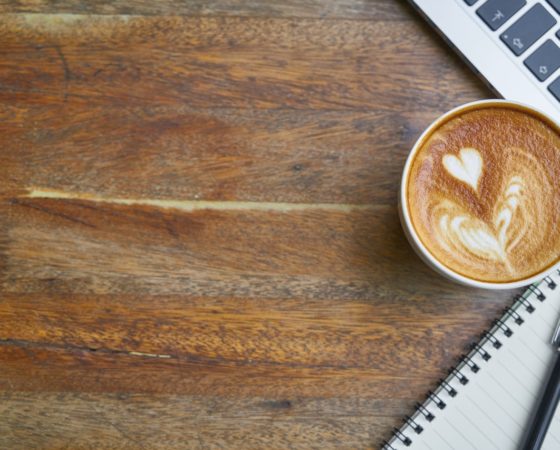 The secrets we keep – Part 3: Crystal

Detective Bianca Abrahams needed time to find out what the secrets inside the ballet pump meant. If she told Sr Renee that Ms Anna had indeed died of natural causes, the sister would have closed Ms Anna’s file and begun the process of closing the mysterious woman’s estate and acting out her will. Which was to have her cremated and thrown into Kalk Bay harbour. No, Bianca was not going to let that happen until she had found out why this poor woman had hidden a birth certificate in her ballet pump, changed her name and seemingly had a child no one knew about. Bianca had checked. She had called the old-age home again, to check if Ms Anna had ever spoken about a daughter to any of the staff or any of the other elderly people. They had all said that no, Ms Anna was indeed a spinster, a sweet, kind woman who had been a bookkeeper to an estate agent in Fish Hoek for most of her life, before retiring and then eventually moving into the home. When the detective had inquired if people knew where she was born, they all said that she said she’d come from Europe (as if that was a country in itself). Clearly Ms Anna had been an expert in hiding the truth.

After the tedious phone calls that lead nowhere, Bianca decided to make a cup of coffee before she started her internet search. She always found the computer made her eyes sore and tired. As she made her way to the kitchen, she passed the front desk where a large, red faced man was having a statement taken. He clearly intended for everyone to hear his statement because he spoke in a loud booming voice and looked around him continuously

“You know, we moved from Joburg to get away from this sort of thing. People coming into your garden in the middle of the night. Pulling up your plants and digging holes and who knows what. I certainly didn’t think this would happen in the safest town in the Western Cape. No I did not!”

“Hmm. And sir, what is your address?” said the officer taking the man’s statement, completely unfazed by the man’s large belly hanging over the desk.

“And what was taken?”

The man sat straighter and mumbled, “Pardon sir?” asked the officer squinting her eyes and looking up at the man whose bushy grey eyebrows moved up and down his forehead,

“Well, nothing. But they pulled out my new Azalea bush, made a big hole and then left a dirty old box in my garden. It’s vandalism!” he insisted, spotting Bianca, who quickly avoided eye contact and continued on her way to the kitchen.

As she stirred the sugar slowly in her coffee, she couldn’t help thinking that she knew that address. She picked up her cup and hurried back to her desk, making sure to look down, and avoid the loud man’s glare.

There it was, last address before moving to the home, Ms Anna had lived at number 32 Fever Tree for 20years. The self-important ass in the front office hadn’t been burgled or his garden attacked. Ms Anna had come to retrieve her ballet shoes from a hiding spot in her old garden. This case became more interesting by the second. Why would Ms Anna have hidden the shoes, along with the key and the certificate? It was time to find out if Crystal Vasiliev could be found.

It was easier than Bianca could have believed, if Crystal was born in Fish Hoek in 1959, it meant she was born in False Bay Hospital. Tracking down the adoption agencies that had received babies from the hospital in 1959 had been quick as there were only two in the area. The second agency she called held the record for Crystal and was able to provide the details of the adoptive parents. The Hammonds. According to the lady on the other end of the phone, the Hammonds had lived in Claremont originally. Bianca thanked the woman and turned to her computer, opening google she typed, Crystal Hammond and hit the enter button. An image appeared before her. A younger Ms Anna, the same thick locks of hair, but blonde. ‘Professor Crystal Hammond from UCT receives the esteemed National Geographic Society award for her historical research paper’ read the title under the picture. Bianca smiled. “Well there you go!” she said to herself.

This was first published in the Billboard Magazine in November 2019